TREAT myself with these buy 2 get 1 free LP offer at Joe's in Amcorp Mall... 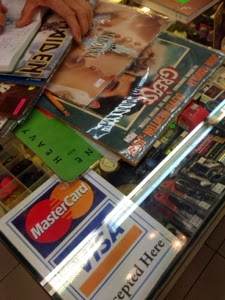 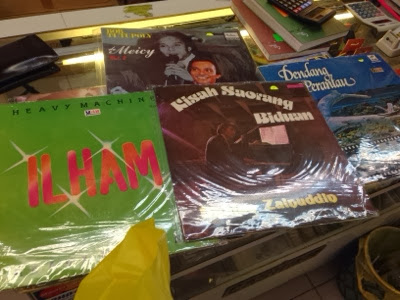 TRICK? myself to RCF to compliment the LPs.. 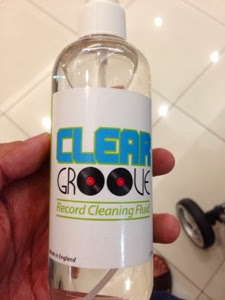 .... And the result?
Excellent RCF for RM50 (USD16) .... And excellent 6 LPs for RM200 (USD65)...
The RCF notably did a great job in getting out all the dirt and sticky stuff from these old LPs... It comes in a spray bottle... One side of LP needs about 6 sprays of this RCF to cover the whole LP surface.
Run with the AMARI RCM... And these LPs play flawlessly today...
The Clear Groove RCF is sold at Synthesis HiFi (previously known as Simon Audio in Amcorp Mall.
Anyone interested can give Simon Liew a call at 012 320 3380. I saw there were about 10 bottles available.
And the LP offer runs till Saturday 2nd November in conjunction with Deepavali.
Happy Halloween .... Its definitely a treat for me today. 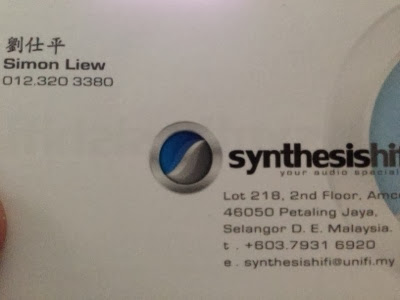 Lost the Cave but Gained the Space 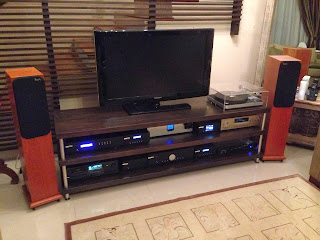 Didnt waste any time to set it up in the lounge downstairs... Gained a lot of spatial sound.... Feeling elevated...

And another one below

No choice but to let go of my man cave to make way for a new bedroom for my eldest child....
The set up will be moved to the lounge on the ground floor...
Temporarily, the set up is our dinner menu as you can see in the picture :) 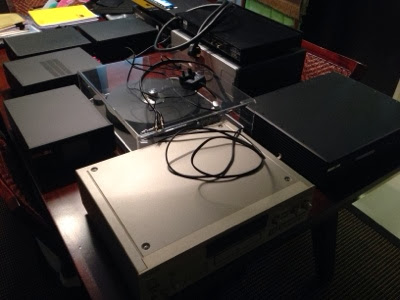 The End Is The Beginning Is The End

What is the best part when you quit your job?

Thanks to a thoughtful friend and colleague... Now my employment days will be alive... 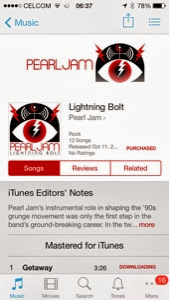 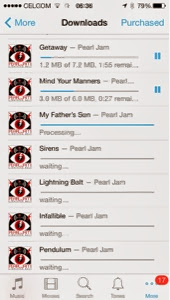 Lets see how good this album is....

Some bands are just worthy the come back....

1.Future Days: My favourite track thus far from this album.... as mellow and emotional as Just Breathe
2. Get Away: Heavy, raw and full of grunge spirit
3. Infallible:
4. Let The Records Play: as if they are saying...we will continue to grunge...
5. Lightning Bolt: PJ's sound more modern in this track
6. Mind Your Manners: A pinch of punk rock influence here....dare to be different
7. My Father's Son: An ode to dads all around the world hehehehe
8. Pendulum: A bit weird....a bit of Chris Cornell type of music...
9. Siren: Another good track....Eddie's vocals on this is full of energy...and lost his magic he has not...
10. Sleeping by Myself: A mixture of country, oldies?
11. Swallowed Whole: Spit or swallow hehehe? Quite a simple track and just to basic.very rock & roll
12. Yellow Moon: A bit on the dark side...its like going into Hare Krishna kind of music... 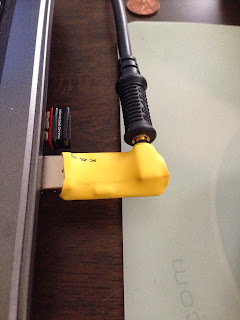 Nothing like some adrenalin to pump up your weekend. I was blown away last year with the introduction of the Naked DAC UD100 by Stoner Acoustics. Now comes the younger brother UD110. I decided to put these 2 brothers to the battle.........of musical pleasure.


The full spec can be downloaded here.


It does need a driver when used with Windows PC which Stoner Acoustics provide a link to download it.
The installation on my laptop was straight forward and flawless.


When I asked the designer why the change from ESS to TI DAC, he explained that its actually to meet the need of users who mostly like to adjust the volume via computer's software. so, he chose a PCM that can support 32 bit. It allows us larger headroom when using software attenuation as every -6dB of software attenuation, we will loose 1 bit of resolution.


This time around, Stoner Acoustics is all ready to launch this unit commercially, so the UD110 came with its 'clothes' as oppose the UD100 which I refer to as The Naked DAC. The 'clothes' is basically a heat shrink wrap that protect the DAC chip.

I am using the same Dell laptop i used previously, running iTunes and WMP. My review this time is more about how much more pleasure I can get from this UD110 over the previous UD100 unit. Hence, the review revolves just around using my new Beyer T1 headphones. Its not even about whether this unit is good or not. Based on previous experience, I know for sure it is a good unit. So, i do not need to compare it with my MF CLiC streamer and on my main hifi set up.

I just took my own sweet time for about 2 weeks now to listen and listen again the beautiful music coming out from both DAC units.

The first impression of the UD110 is that the overall sound level is amplified. At the same sound level on the iTunes/WMP, it sounded louder on UD110 compared to UD100.

On Enter Sandman, the new UD110 provided me with a more in depth experience when it comes to the solid drumming of Lars. It makes it more evident of Lar's drumming technique used on this track. I also only now realized that Kirk's solo on this track was recorded such that it created sort of a swirling effect from right to centre to left and back to centre throughout the solo. I have heard this track a million times .... on my hifi, in the car, on an MD portable player, on iPhone....and never once I notice this. It might be due to ignorance, but I attribute this in depth detail to the UD110 that allows me to realize this. When I switch to the previous UD100, the swirling guitar was there too but I never realized that before. Nevertheless, when it comes to in depth detail, the UD110 definitely is a step up from UD100.

Comes in the vocal test with my favourite test track. Andrea's and Sarah's vocals were were very energetic as if there was a surge of extra adrenalin that boosted their vocal strength. At times, it sounded a bit more on the lower tone vocals....like a baritone sound... but I realised that the overall performance was actually on the low end frequency side. It was still enjoyable especially to experience the energy from their vocals but the previous UD100 presented a more neutral but detail sound character.

Girl from Ipanema presented a different character as well. The warmth and bass heavy sound was still there but it was more balanced with the husky voice on the track. Again, detail and depth of music were very evident. Not sure whether it was a cracking sound due to interference but I could you hear through the tracks some sort of cracking/vibration sound from the instrument played. Its not annoying but instead created a very realistic and lively experience of how the music was played and recorded. Playing this track on the previous UD100, the experience is somehow different. Less of such detail, hence didnt have that extra mileage when it comes to the detail of the sound.

Switching to high quality MP3, La Mer sounded deeper in depth where the deep and husky vocals of Kevin Kline was delivered in a very detail and crispy sound. However, the overall presentation was not as coloured or lively compared to when playing higher resolution files. The UD110 to me has now highlighted MP3 inferiority compared to FLAC and higher resolution files.It was still enjoyable but after an hour of listening to higher res files, I could not run away from the fact that higher res files does give a different experience compared to MP3. But this is also attributed by what DAC you are using. As oppose to UD100, this track sounded livelier but looses on some details.

I then turn to my last track Siboh Kitak Nangis which captivated me when playing it with the previous UD100. Being a high quality MP3 file, again the new UD110 highlighted a more laid back sound signature compared to the higher resolution files. Playing this song again with the previous UD100, that liveliness that I experience last year was back.

Both units have its own strength and merit. This is how I sum up the units:

1. You have loads of high quality MP3s? UD100 is the way to go. It injects liveliness and creates the spatial openness of the music.

2. Playing higher resolution files? Go for the UD110. Detail, crispiness, warm, bold and upfront presentation are what your going to get.

There is a caveat here. The experience above is based on using a headphone and not connected to my main hifi set up nor my Bose PC speakers.

I would like to thank Stoner Acoustic for the opportunity to review this unit. The new UD110 is still a keeper and I may use it for another CAS set up for my son's room.

For anyone interested to purchase one, this UD110 can be purchased from Stoner Acoustics at USD49/unit excluding delivery.

New LPs for the Week

Got this over lunch time on Tuesday...

Some bands just should retire.... period... 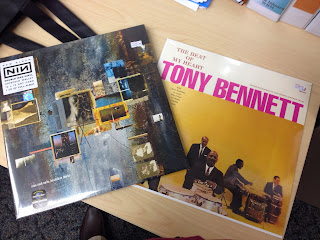