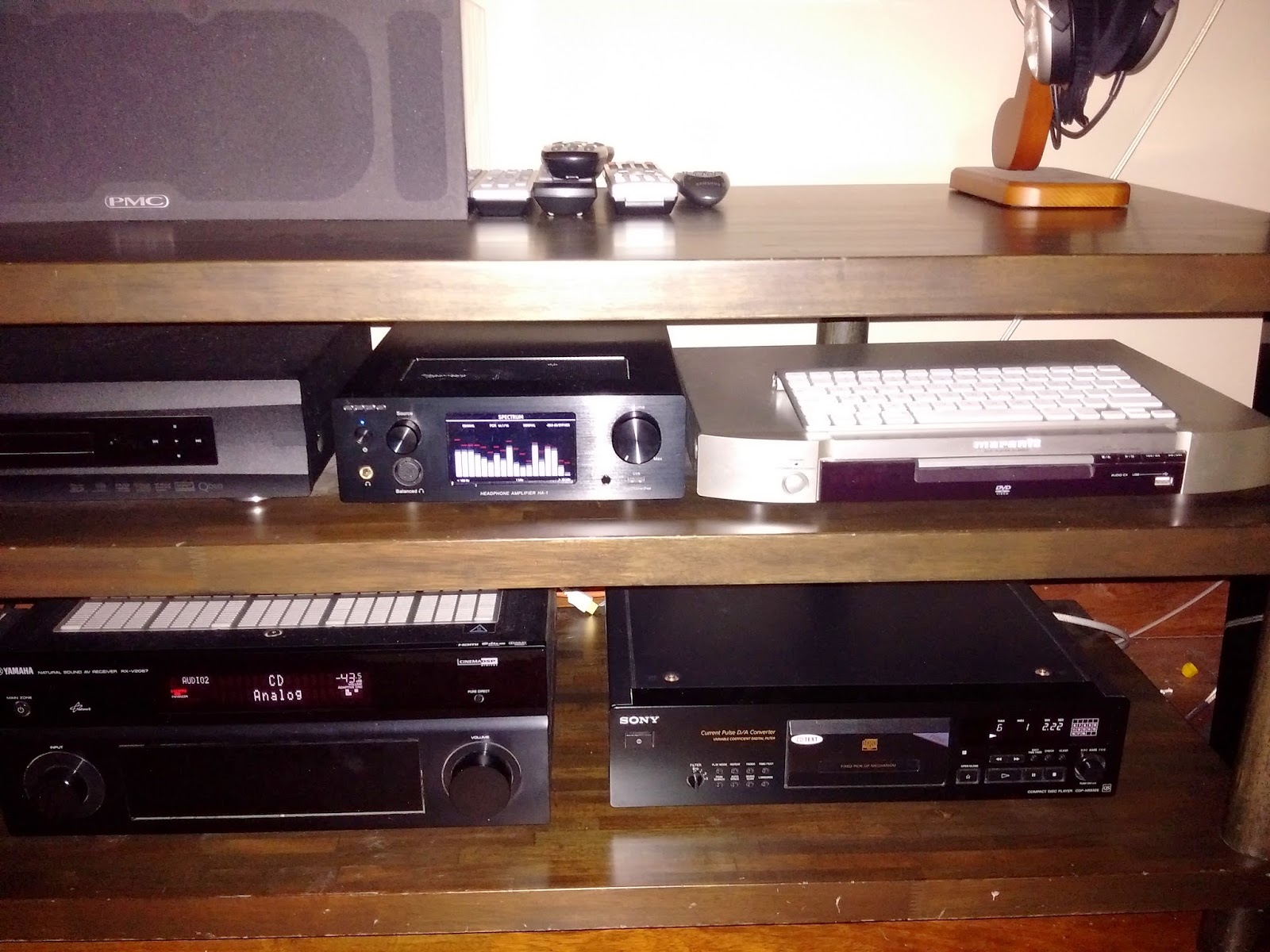 I have incorporated my OPPO HA-1 into my home cinema set up to act as the 'main' DAC for this system. A big step up in SQ from feeding the SONY CDP XB930E digitally to the Yamaha RXV2067 AVR.

I am liking it a lot. Will give it a go for a few weeks before a review is written.

....And Another Bold Effort 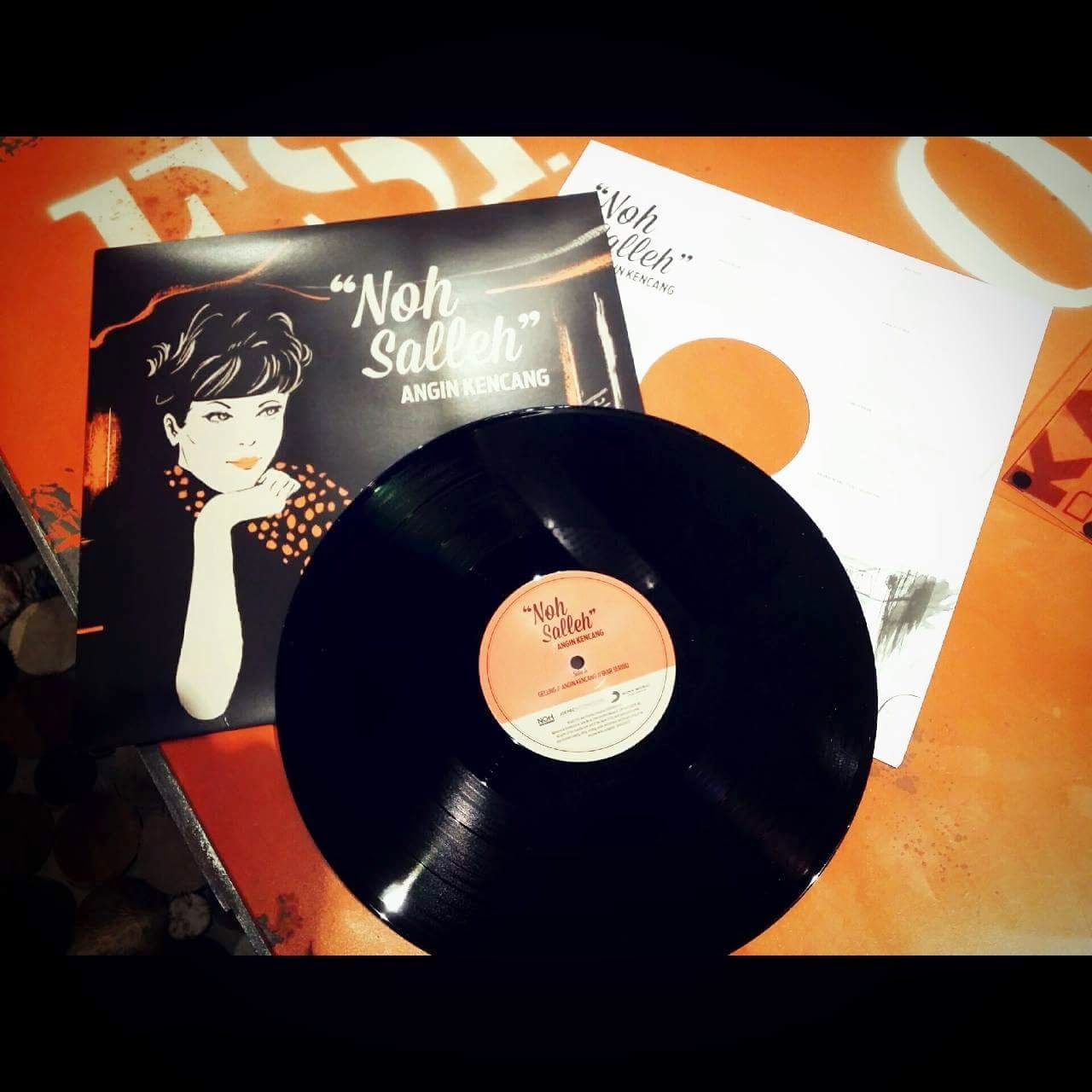 The local music scene is getting more serious with LP... As far as I can remember, in the past 2 years, we have Zee Avi, Aizat, Carburetor Dung and upcoming ones... Sil Khannaz and Noh Salleh.

Happy to see this.I do hope however, they come up with quality pressing.
By El Hefe at January 23, 2015 No comments: 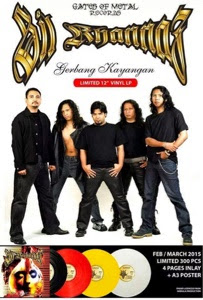 Another bold effort from one of our local underground bands Sil Khannaz. Book yours today.
By El Hefe at January 21, 2015 No comments: Links to this post

Email ThisBlogThis!Share to TwitterShare to FacebookShare to Pinterest
Labels: LP 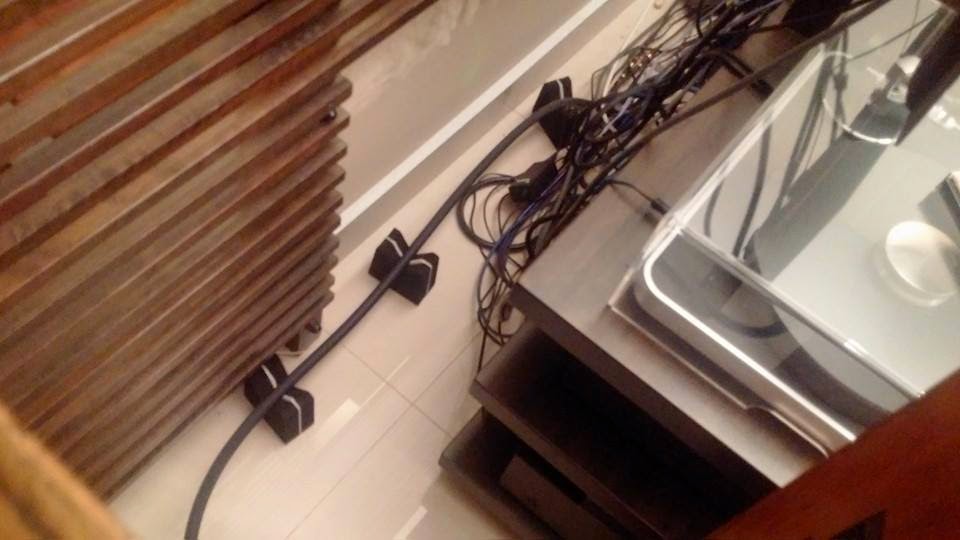 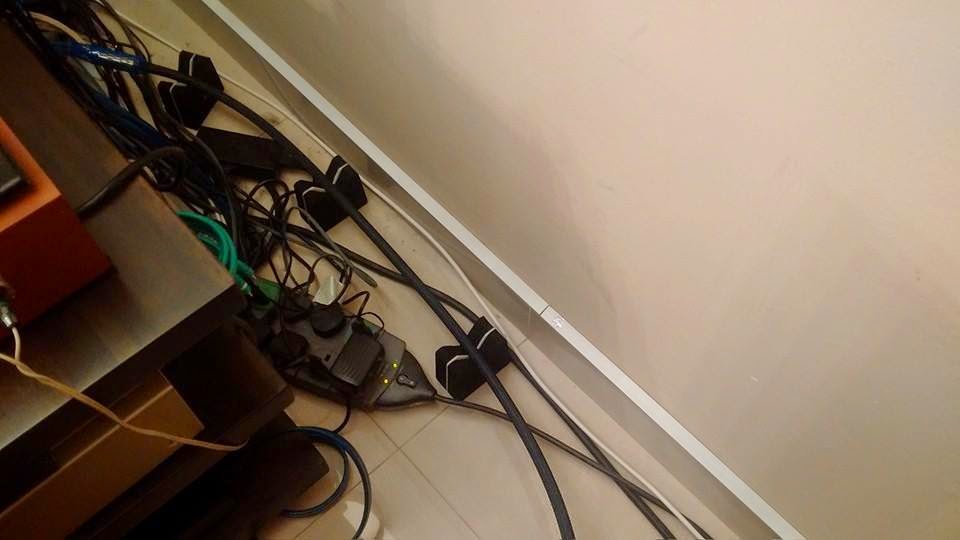 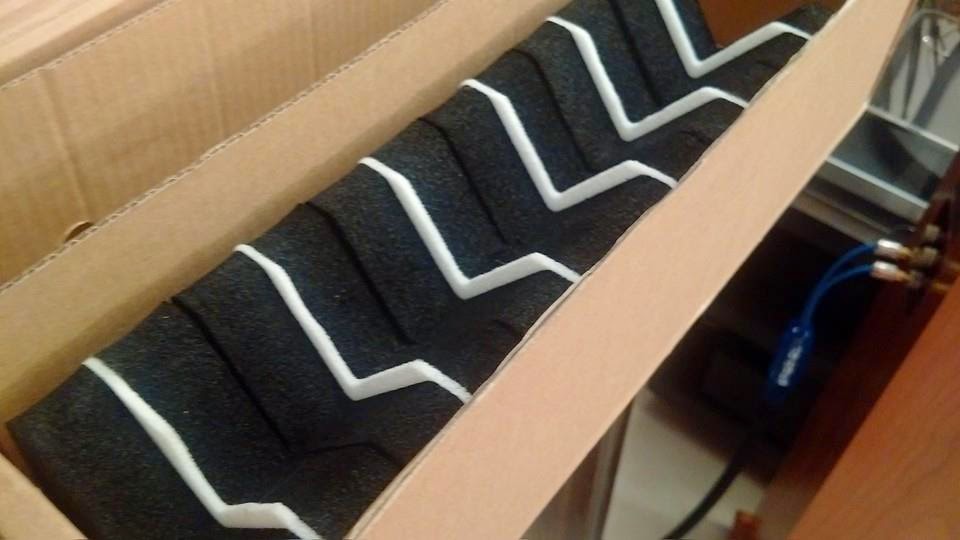 I must admit that I have never been able to set up my cables properly. I tried and I tried but I will still end up with speaker cables, interconnect and power cables kris-krossing each other (yes I am referring to Kris Kross).. Nevertheless, this review is not about cable management directly, but its about cable elevation.

The journey through the hifi scene will never be complete without the constant debate of what can affect positively or negatively the sound reproduction of a hifi system. While some of the debates are supported by a very clear scientific explanation, the others are claimed to be myths or a more popular term in hifi - Snake Oil!

When it comes to cable elevation, it is claimed that it will reduce electricity build up and also control vibration in the cable. Hmmmm... I guess there are at molecular level...vibration in the cable... but to what extend does it impact the sound? I always believe that the cable elevators were more to support those super duper heavy premium cables to avoid any damage to the speaker terminals due to the weight of the cables. Naive of me.

My first encounter of cable elevation is a few years ago with Tombo Audio. At that time, there was some positive impact. One of the main reasons I didn't purchase any elevators before was mainly due to price. Some can go up to  RM150/piece (~USD50) and you need at least 8 pieces for a moderate length of cable. So, when I saw Tombo Audio elevators was affordable, I purchased a couple.

Then comes the 2014 'year end sale' from Maxx Audio on these Shunyata Dark Field Cable Elevators (DFCE). At RM50/used piece and not sold in a set of 12, I immediately requested for 6 units (and added another 2 a couple of weeks later). And yes, I must be like 5 or 6 years late in trying these as I believe there is already a version 3 of these. And after 2 weeks of having these DFCE, this is my take on this.

Yes. It did change the overall presentation of my system. Better? Worst? Just different. Andrea's rendition of Era Gia Tutto Previsto sounded bigger than usual in the first test. The biggest change was the bass. It sounded a bit bloated. Or did it reduce the treble? Hard to say. The vocals however was still mesmerizing. But it just sounded a little bit to mixed up. Not the result I expected. This is using music from my laptop, upsampled to 192kHz via M6 DAC.

Next, I put on That Thing You Do on CD via the same DAC. Why this? Well, I just managed to get a BD of this movie and just in a mood for some snappy music. But the jazz track on this OST, something else. And yes... It was good. Its different compared to Andrea's song just now. The bass still on the heavy side but I like it that way especially coming from the double bass.

After 1 week or so, I had a more serious sit down session. First track was Tracy Chapman's Talk About Revolution on LP. Yes yes and yes. The overall presentation sounded bigger and fuller. Livelier than what I remember from my system before these DFCE were put into the equation. Her vocals was brought up even more detail, creating an environment of spaciousness. I would use the home theatre analogy of as if my set up was having presence speakers. The drums on this track was tight  sounding where the snare dispersion sounded very crisp. LIKE.

The second track put on was Metallica's Tuesday Gone. The guitar intro was presented in a more bold and dark manner as oppose to a cleaner acoustic experience I had before.  Again, the bass was heavier. At this stage, I started to ask myself. Are these DFCE bringing up the bass I didnt hear before or actually reducing the high freq of the music? The bass does not really sounded over bearing but its like there was a 'boost' function on my amp. LIKE the bass but Didnt like loosing the acoustic experience of this song. Even the harmonica didnt sound like it blended well with the overall music.

Then for fun, I put on Mithali Cintaku by Utopia (I guess only the rock kapak lovers would know this). Hah! The least expected track is the one that gave me the best impact. These 80s/90s local rock music was never recorded with high quality if compared to today's standard. Even their re-mastering CDs post year 2000, is nothing to shout about. But, with these DFCEs, the overall presentation from this remastered digital track, sounded clear, well balanced across various frequencies, the old school shredding guitar sound was refreshing and the drums didnt sound as hollow as before.

Next was Bring It On Home To Me by Sam Cooke. Oldies, jazz and easy listening seems to benefit a lot from these DFCE. Bringing out more life to the music. The simple bass notes can be clearly heard and every hit of the drumsticks onto the ride cymbal was also very evident.

The Last Goodbye by Billy Boyd was another track that benefited from these DFCE. Bold and authoritative vocals and 'Hobbit-ish' atmosphere filled my hall with such passion and emotion. Had to repeat this track just to double check what I heard.

Can't help but to feel that not all music genre will benefit from these DFCE.So, I put on Foo Fighters Something For Nothing from their latest album. It was good. Grohl's vocal was as growling as usual and the guitar riffs were also very heavy indeed. But very well balanced.

What does these DFCE do actually? I dont know. I cannot verify the claim of reducing the vibration or electricity build up. It does change the sound. Most evident is it brings up the overall presentation to a different level. It elevates the soundstage to a certain extend. As the name suggests, it does make the sound sounds darker and bold.

I think its very system dependent. If your system is in need of some bass colour, this will help.

Its also very source dependent. LP seems to benefit most followed by CD and the least is my CAS.

Apparently, there is also a claim that the number of DFCE used can also provide different impact. I tried using 3 piece a side and followed by 4. Then went back to 3 and then settled with 4. No different in sound for me.

If you want to experiment with these DFCE, quickly contact Maxx Audio. I believe the has another 12 pieces for sale. 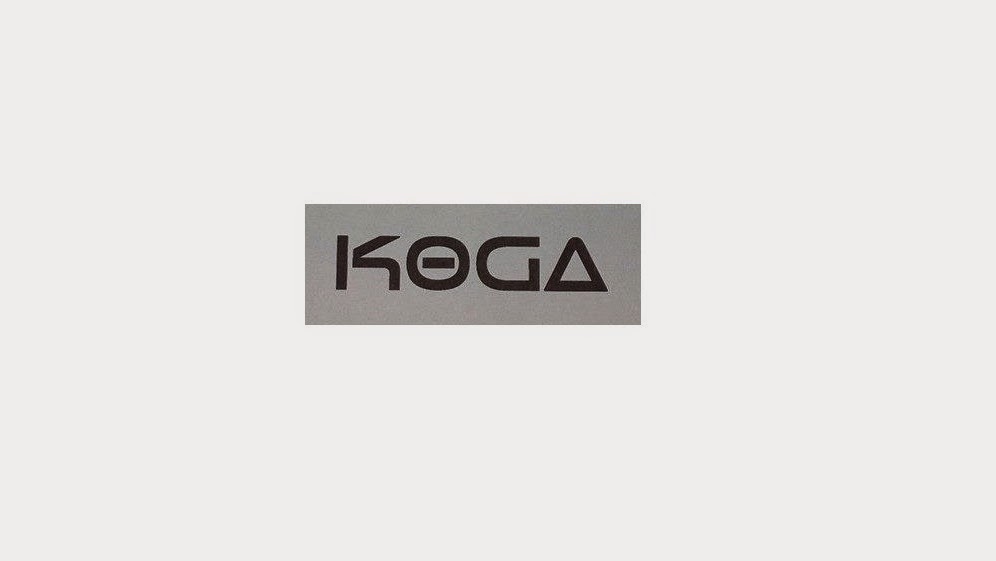 The official corporate logo of KOGA is here.... and the first 2 products available for order/booking are:

Still waiting anxiously for their reference unit to be ready for review.

KOGA - Something Is Brewing in Malaysia!

I am proud to announce the birth of a new local hifi designer that just hit the circle of hifi enthusiasts; by the name of KOGA. Currently, the amplification units are being run in for a full blown test. The pre amp (KOGA Jr) and power amp (KOGA MK 1), are no-nonsense performers. Based on a prototype amp that was presented to me last year which insanely drove my ProAC D18 to its limit, these pre-power combo is already giving out phenomenal impact on a few local hifi enthusiasts.

These photos are just from the designer's pre-test set up. A full set of photos of the end product are on their way to my good self.

At this stage, I am trying to get more technical details of these units. 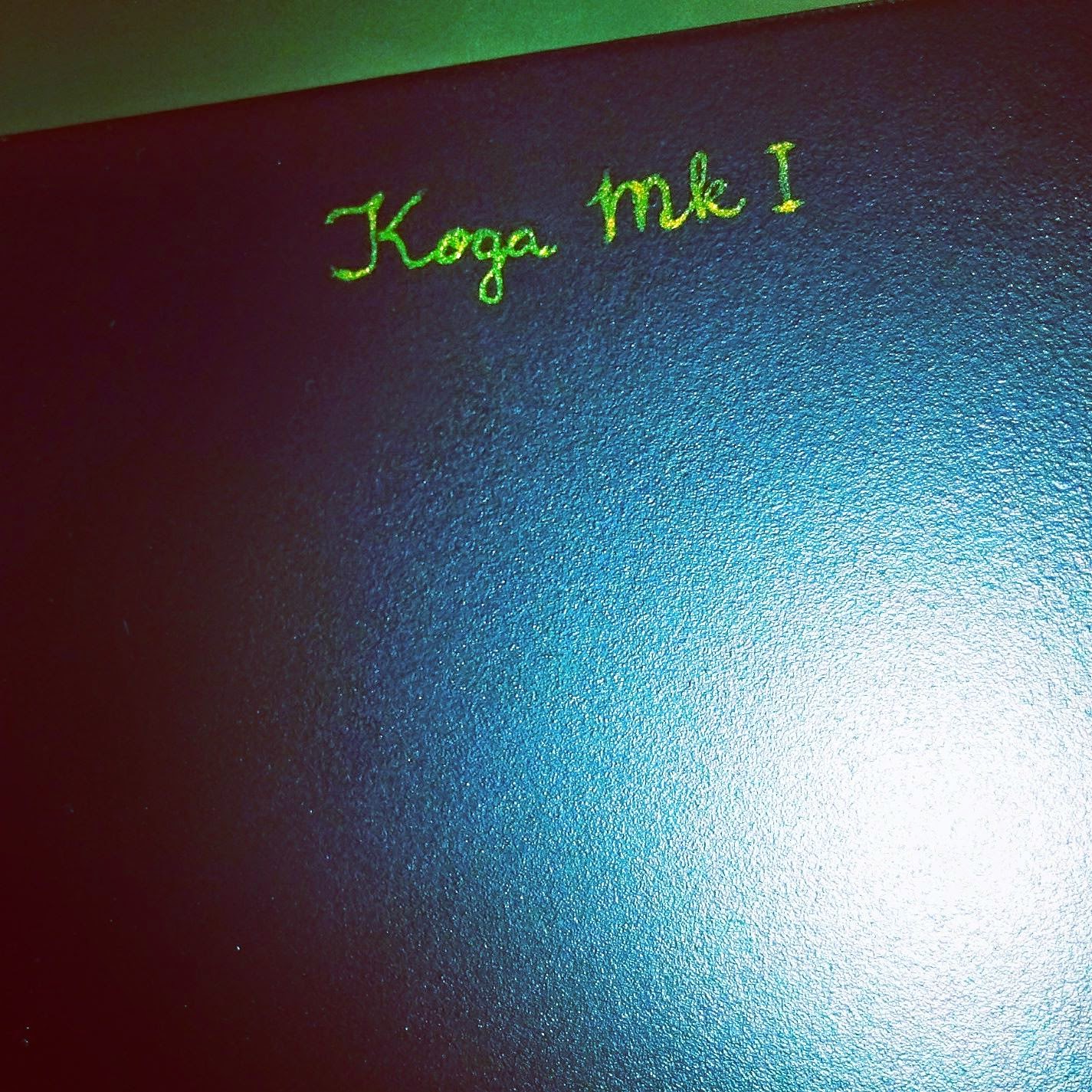 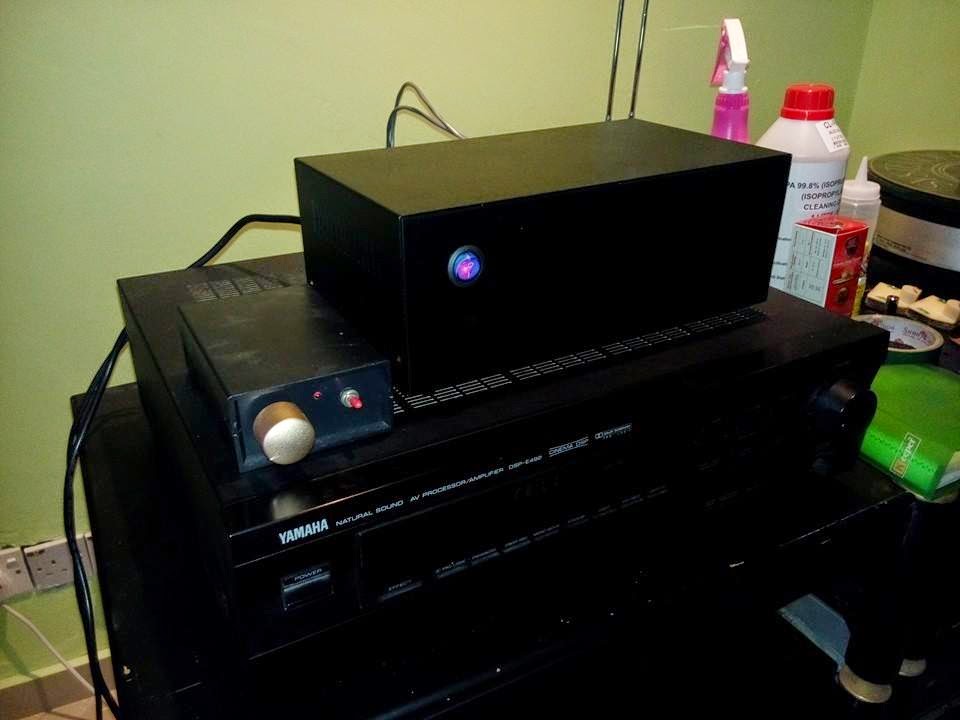 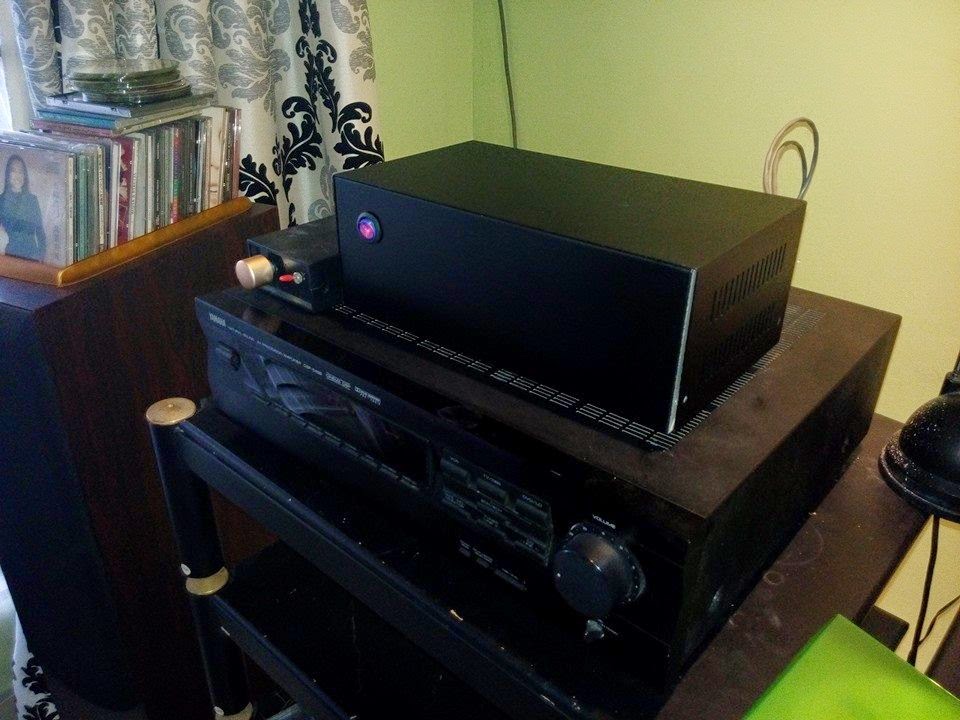 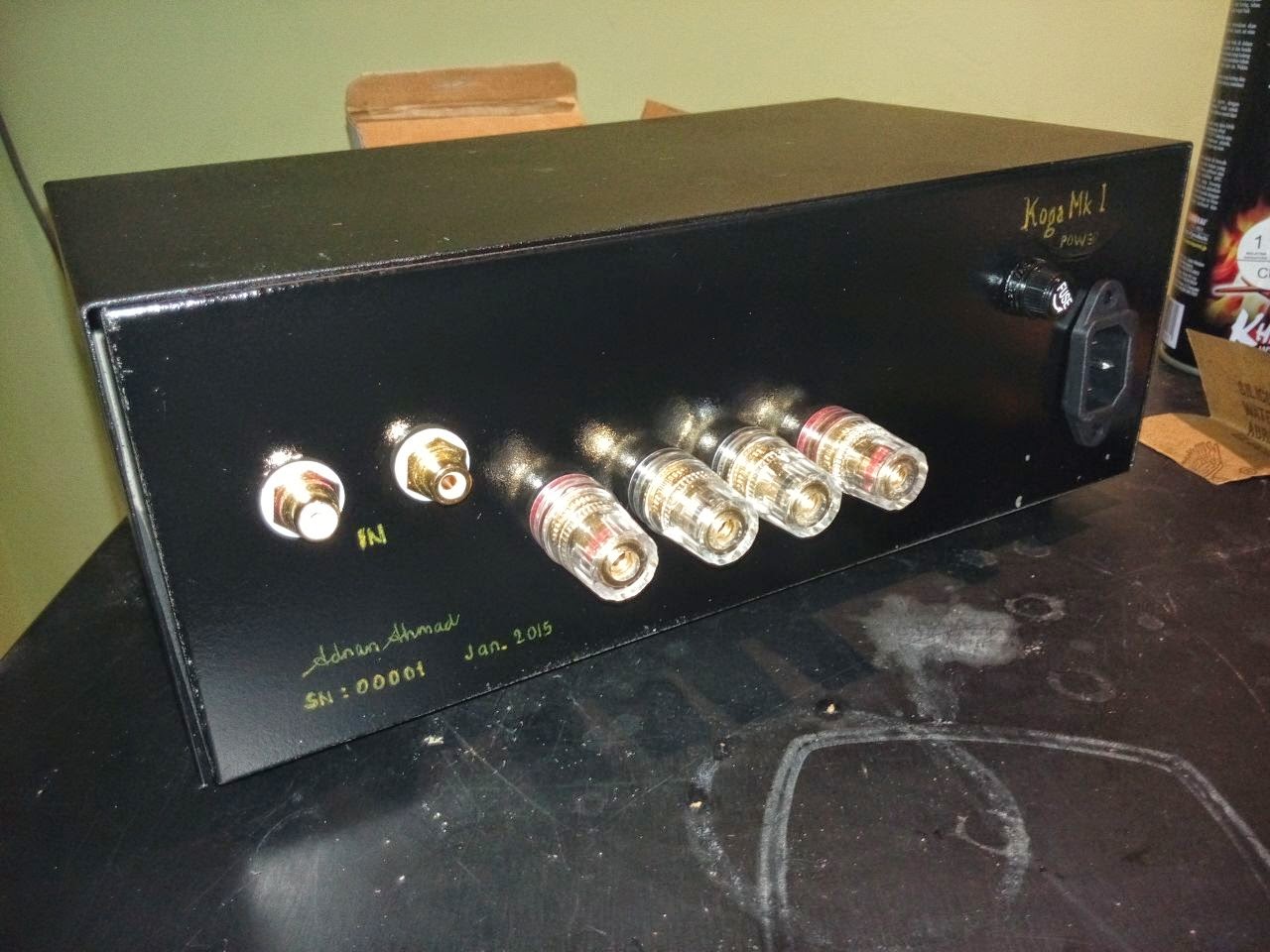 After 2 years of looking Orange and dull, I decided to change the blog template this year.

Just feel like having a new look since most probably my hifi set up will remain the same look this year.

Hopefully, readers can navigate through the page easily. 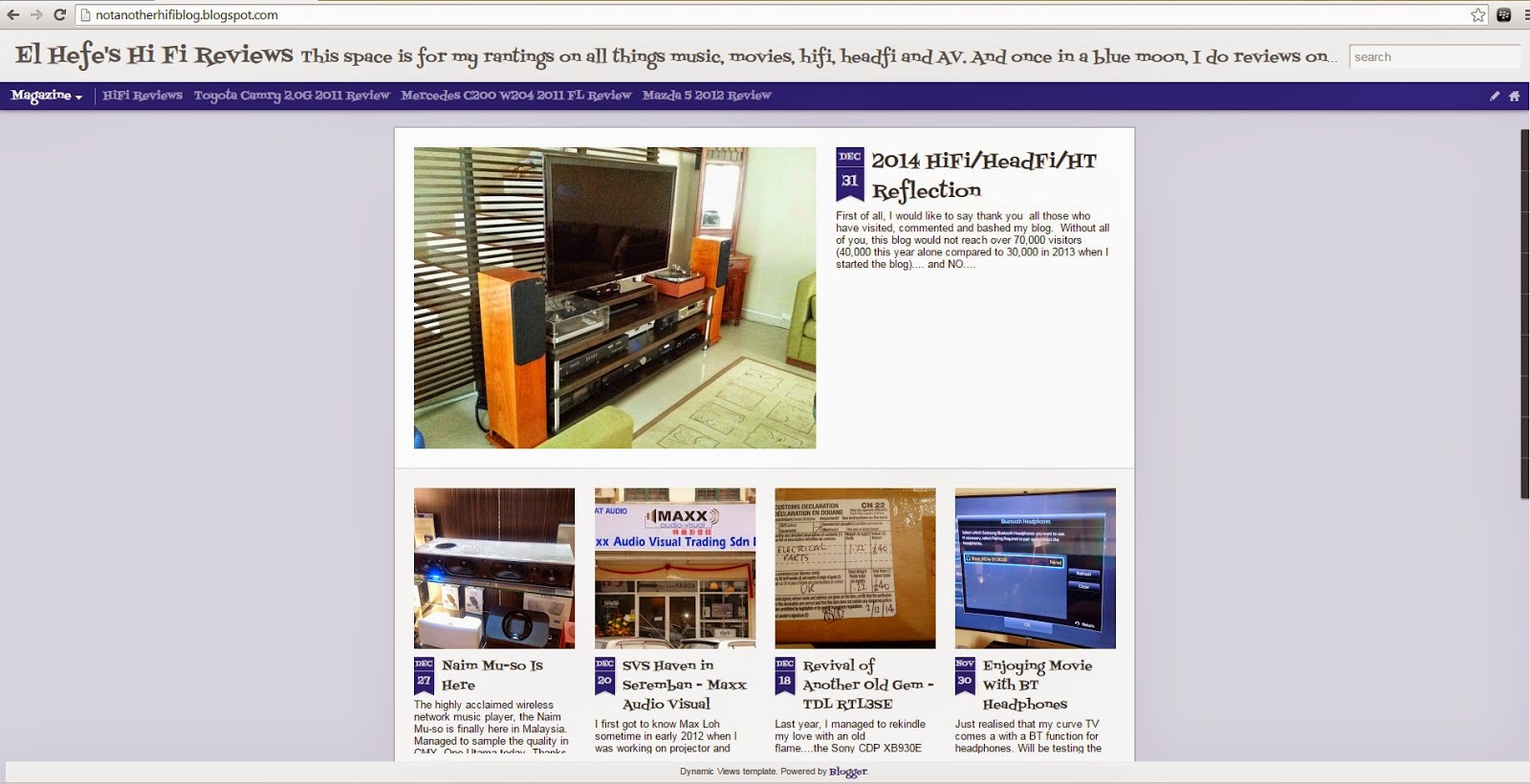