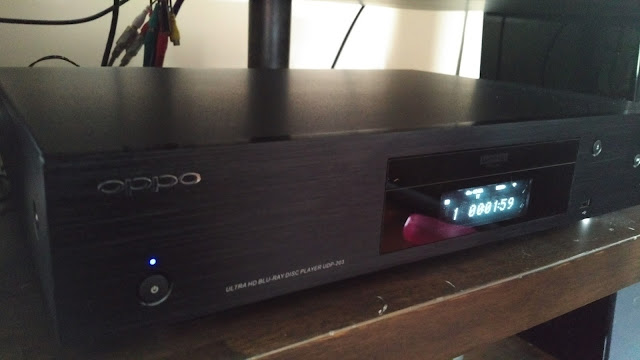 When it comes to BluRay player, the name Oppo is on the top of the pedestal. Most people in the HT realm wants to own one. I always believe in Sony to be the best in BluRay; having to own the flagship BDP1SE but I too have succumbed to the mighty Oppo many years back with the purchase of BDP 95EU. I refuse to upgrade to the 105 as I was already satisfied with the 95EU.... and was not sure of what else can be better since it is still a Full HD BluRay format. At the same time, 4K UHD was already in the near horizon. So, I waited. Unfortunately, once the 4K UHD format was launched, Oppo did not follow the foot step of Samsung and Panasonic to immediate launch a player. They waited. But I could not so I purchased the Samsung a few months back. But this did not stop me to still purchase the Oppo when it came out in Malaysia end of Dec. Special thanks to Steve Chuah of CMY One Utama and Adrian Lee of Oppo Digital Malaysia. I basically received the unit as soon as it was available in Malaysia.

Given Oppo's stellar performance in BDP, it cannot be denied that the UDP 203 was the most anticipated 4K UHD piece of hardware, well at least on Facebook. I must admit that I was excited too. So, I had to do an Unboxing Video. Click here ---> Unboxing Video 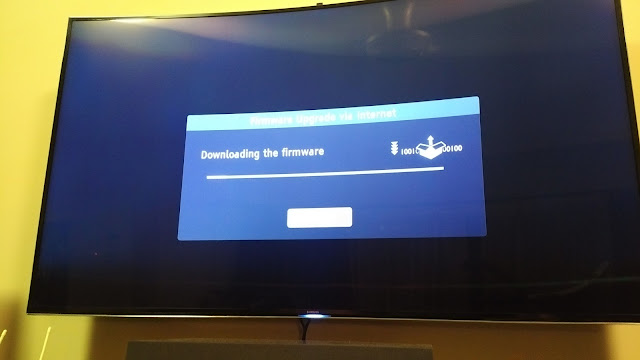 I was advised to immediately update its firmware before even playing any movies. So I did. It went flawlessly on the first attempt wirelessly....downloaded via tethering to mobile phone as my Unifi was down that night! 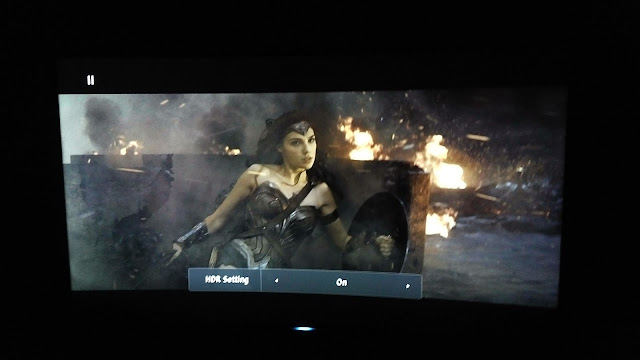 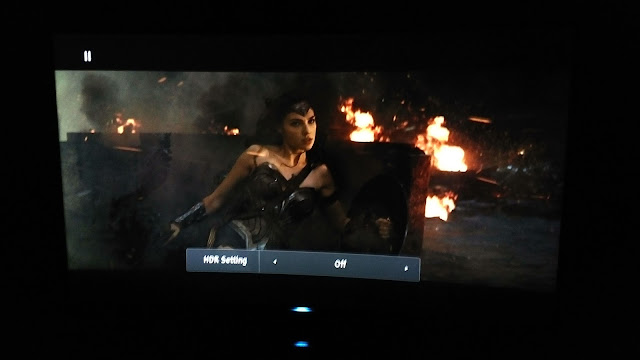 As I have already seen what this model can do in AV Designs during the JVC Z1 projector launch, I immediately put on the Batman Vs Superman 4k disc to test the on/off HDR function. Voila! There is a distinct difference in the picture. I wanted to test this because:

So folks, HDR makes a different.  No longer one needs to be puzzled whether HDR is important or not since 4K UHD is already better than Full HD on Blu Ray. It is more about re-calibration once you get into HDR display.

Prefer Dolby Vision? Oppo said that the required hardware is already built in and the firmware for Dolby Vision will be released sometime in Q1 2017.

What disc does this unit cannot play should be the question. The answer is VCD. Spin any latest disc format including DVDs, and this player will just read along. 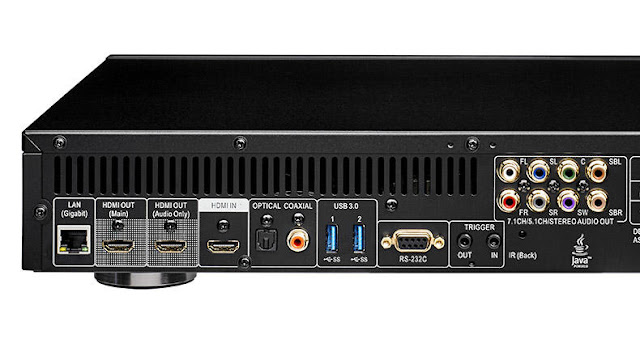 It can decode the following:


The full specs can be found here

Now, if you look at the back panel, what is interesting is the HDMI IN. This unit is equipped with the state of the art 4K UHD Bluray decoder SoC OP8591. Connecting another player like your ASTRO BYond or Apple TV or even your Android TV, may benefit from the image decoder of this unit.

Please take note on region coding and DSD playback:
Very unfortunate that this is not a multiregion player for BD and DVD. It looks like I have to still keep my Samsung 4K player. 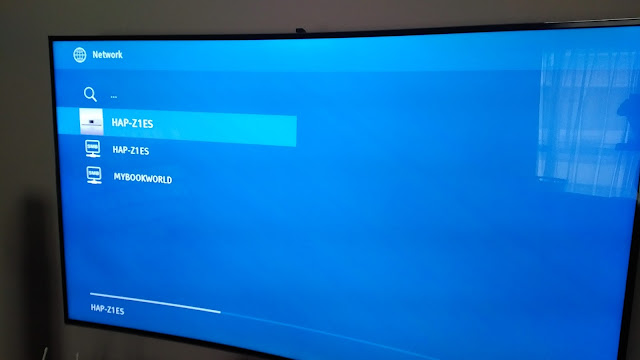 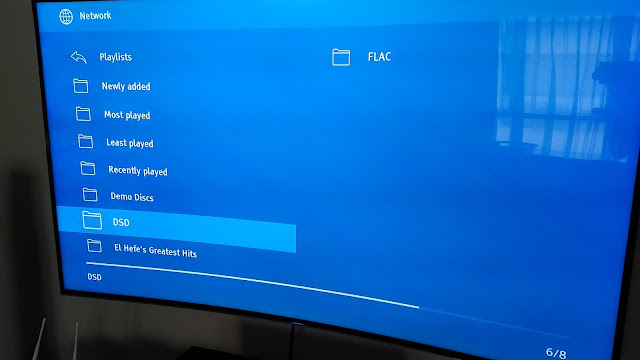 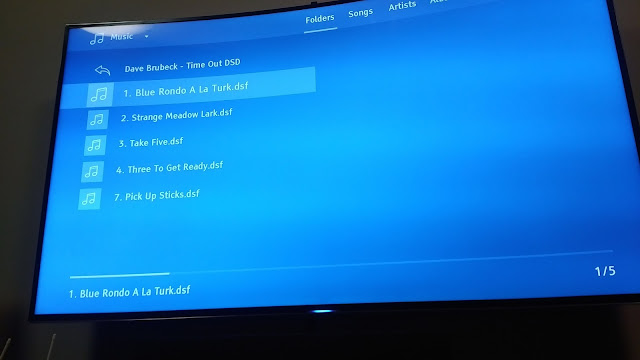 The unit comes with an exceptionally good remote with backlight auto activated as you pick it up. Nice touch there. Very unfortunate this unit does not come with a remote app at the moment. 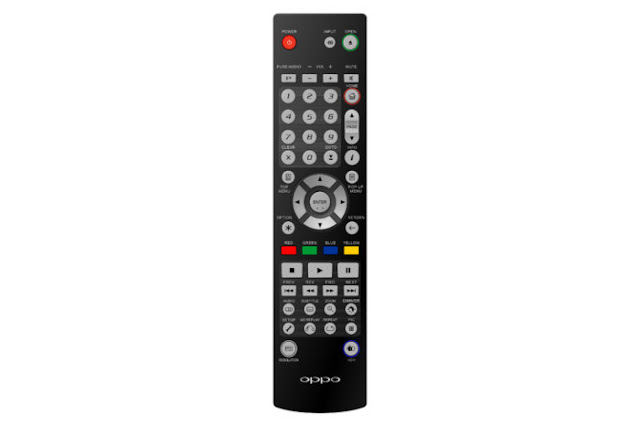 The overall built of the player is of high standard material. Beautifully finished with well laid out front fascia and control buttons. LCD display is bright and clear which made it easy to be read from the sofa.

It was straight forward just like any other player. Connect a HDMI cable (preferably the latest and highest spec if you have an HDR capable display) from the Oppo main HDMI out to your TV or AVR and the main display should appear on your telly. Settings are quite similar to my previous Samsung 4K player with the addition of setting the HDR to Auto, Off or On.

I let my Denon do all the processing for the audio side which it can do both Dolby ATMOS or DTS:X

I did not really change any settings from the default and let the player runs as it is.

Here where the fun begins. First of all, reading a 4K disc seems to take sliiiigghtly longer than Samsung. Just a mere 4 to 5 seconds more. Not as long as the first Sony BD player back in 2007. That took ages. But the very first image that came out was already jaw dropping.

Having to play Batman Vs Superman again, I can appreciate darker and richer blacks on this Oppo compared to Samsung. For me, dark scenes are the one to test as it is vital that the player does not just give out a one smacked black background. Even though black is a dull colour but a good player needs to ensure that the black can still bounce out to give the audience a sense richness in the scene. This Oppo managed to show me how the dark scenes can shine and provided me with a richer appreciation towards it. Just look at Wonder Woman above. With HDR off, the skin colour tone appear 'energised' and layered with a pretty heavy dark sides and background. It is something that this model is much stronger compared to Samsung.

On bright scenes like in the movie The Angry Birds, the Oppo gives out quite a vivid display on the various colours of the birds (or pigs). You can argue that it was a CGI based movie but even with a movie like Everest, the snowy peaks of Everest still showed a good definition of colour tones. It does give a colour balance and make you put everything in perspective.

Bright whites and dark blacks are the tow things that this player can really define and relay to audience.

The fun does not apply to 4K BDs only. Popped in standard BD or DVD, the player will upscale and process the images to give quite a stunning upscaled pictures. The upscaling of my DVD movies is much better processed compared to my Samsung TV upscaling processing.

Another key performance is also with speed. I didnt experience any frame delays or glitches on high speed scenes like when Superman flies.Very smooth and engaging. I did hear that some people experience this but I did not.

On the audio side, it streams through ATMOS or DTS:X signal to my Denon AVR flawlessly. No lagging nor audio drop in any of the movie I played (5 all together to write this review).

Simplified - no nonsense performance is how I would summarise this unit. Oppo's decision to drop all the streaming apps was wise since most modern TVs already have them. Focus was given on what matters - video processing. Heck, it even provide a HDMI input to extend its supremacy in video processing to other players. For the price sold here in Malaysia RM3099, I can say that it truly provide the best 4K display currently in the market (well at least for Malaysia). I dont recommend this if streaming videos or music is your thing. This player is for the purist of AV-phile. Pop in a 4K disc, press play and enjoy.

Oppo UDP 203 can be purchased in outlets like CMY, Actsessory and other AV shops.