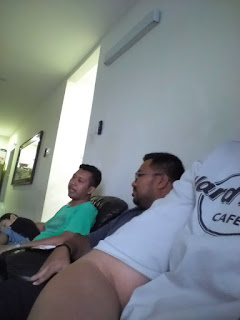 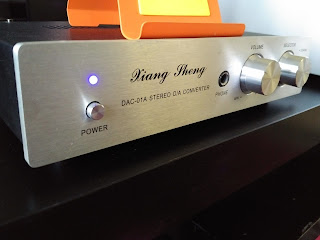 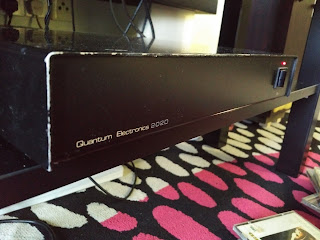 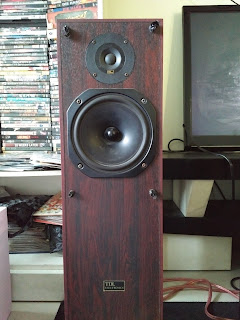 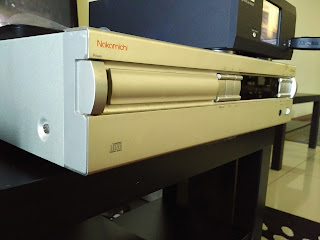 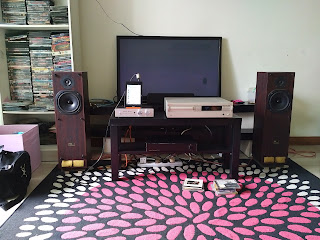 KOGA Audio is not just a newly established local hifi brand, but it is also a following where there are active KOGA Malaysia members group on Facebook and also a Whatsapp group. The members varies from newbies to the product designer himself to DIY-ers to veterans to musicians. A bunch of happy go lucky hifi and music enthusiasts gents (unfortunately no female members yet) that just speak hifi and music all day long.

After quite sometime of virtual reality interaction, yours truly suggested to have the very first hifi session within the members. Based on the principle of enjoying the music and mutual respect of each member's set up, a date and venue was set. On a Saturday, 19th December, the first session was conducted. Mr. Shaiful of Bandar Sri Permaisuri hosted the evening for initially a group of 7 people. However, due to unforeseen circumstances, only 3 of us managed to turn up.

The theme for the day was on digital music.

Mr. Shaiful's set up was a simple set up comprising:
As there was a request to listen to hi res audio, I brought along my Musical Fidelity M1 CLiC streamer/DAC/pre amp and a thumbdrive loaded with FLAC files of 24 bit 44/88/96/192 music files. I also brought the QED uPlay bluetooth module where it is connoected to the CLiC via optical cable.

Shaiful also play flac files with a tablet as it source. Directly connected to the Xiang Sheng preamp via a 3.5 mm stereo plug to a pair of VDH RCA interconnects, his system reminded me how beautiful the sound from the TDLs can be. Low frequency was extended and fill up his hall. With a hard thumping and extended bass, it sounded very warm and natural at the same time. One can argue that TDL does not deliver the true transmission line philosophy but hey, it still sounded good. Partially I believe the tube pre out from Xiang Sheng helped a lot to provide that warm sound.

We then tried connecting the QED optical directly to the digital input of the Xiang Sheng but it sounded a bit rough. Reminded me of the BRIK Audio set I had before. We then connected it via the CLiC and the CLiC connected to the Xiang Sheng. The sound improved giving a bigger soundstage to the set up. From there on we were playing various tracks for about a few hours. Jazz tracks like Dave Brubeck and Del Paxton came out a few times where the piano sound was very upfront and the vocals were really mesmerizing on Ella and Louise tracks. We also played a few of hi res Metallica but all of us agreed to switch back to melodic music like jazz and ballad. Hi res metal seems a bit on the highs and we prefer warm and controlled low end.
It was definitely a fun evening where digital format was playing non stop and we didnt feel fatigue at all.

We hope to have more of these hifi sessions among the members to share their music and hifi passion and also knowledge. As for Shaiful's set up, it does proof that hifidelity enjoyment can still be achieved at minimal cost. His set up cost lest than RM2,000 (about USD500) yet it still sounded amazing. Kudos to him.

Thank you again Shaiful. We shall have another session with your newly acquired KOGA Aimez power amp.

A New Wireless Source Is In Da House

A few moons ago, I wrote about this unit being more of a value for money purchase compared to iPhone 6s. Although the price is higher than the previous flagship Passport, I still feel this unit has more to offer than the iPhone6s. Especially with its capability to expand the memory up to 2 TB. Presumably this is to cater for the 4K video recording capability.
First impression on playing hi res music via its built in speakers, quite a wide scope can heard. With sharp cymbals and clear vocals.
Will soon review its capability via headphones and Bluetooth.
PRIV: A choice for the exceptionally rare! 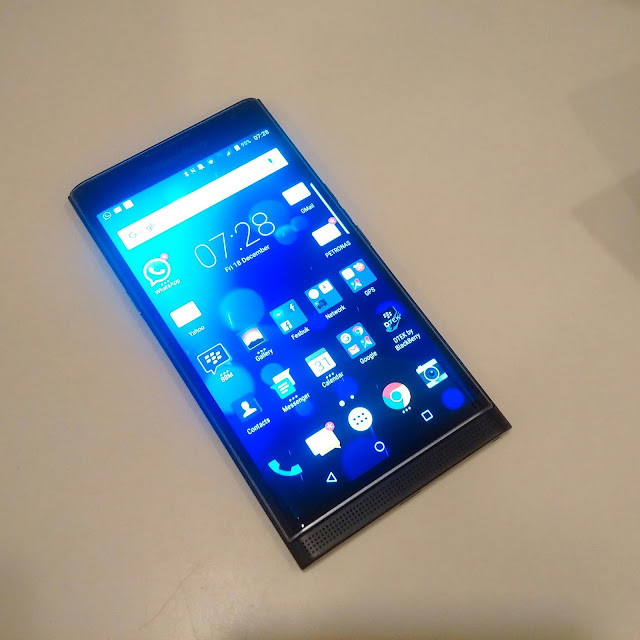 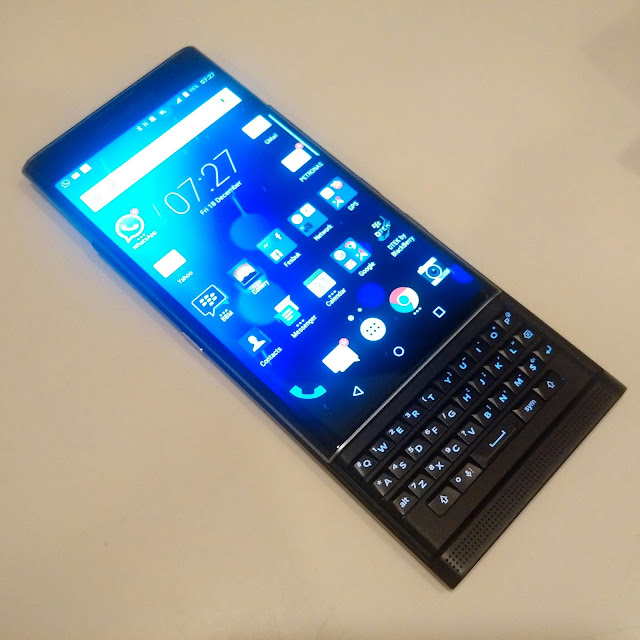 A long wait.... but its worth it. Meaty sound with quite detailed presentation. 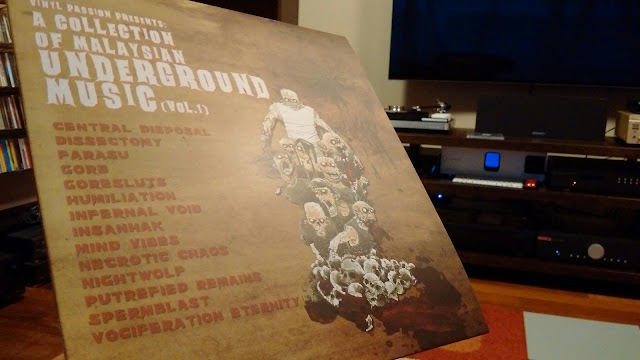 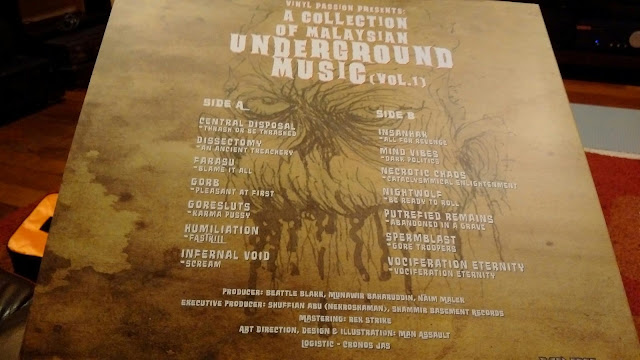 When I first heard about this compilation LP, I immediately pre book a copy. Mainly because of my love towards this kind of metal music and the fact that I no longer own the cassettes of these local underground bands.
The sleeve is one of the better quality sleeves produced for a local LP release. The artwork design is eccentric with a mixture of bloody gory zombies and cartoon based art. Reminds me a lot of the band Gorillas.
The music.... What can I say... I am a sucker for a good various type of metal music and of course thrash music. My favourite track is the first track Thrash Or Be Thrashed by Central Disposal. The overall sound quality is in between medium to good. Very meaty sound with regards to providing that metal adrenalin. Even for this kind music, the reproduction of the music is filled with high clarity and detail. The speedy double pedal on the drums brings out the slam in each track. However, at times, it can sound a bit thin where I had to crank up the volume to about 12 o' clock on the amp. Nevertheless, it is indeed a good production overall. A very good and exciting initiative to elevate the LP passion among the local metal lovers.
By El Hefe at December 11, 2015 No comments: Links to this post 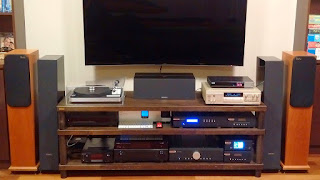 My favorite vocal.... spinning on LP.

Whatever your source it, if it is set up to your liking, it can provide unlimited excitement in your listening session.

PMC Continues To Impress Me

PMC loudspeakers reinstated my interest for a decent 2 in 1 home theater and music reproduction at home. Ever since the twenty 23 and Centre speakers were set up in my house, I have enjoyed hours and hours of movie mayhem and also the good old 2 channel music. Heck, I am still dreaming to have the 26's in my house.

When Tony Low of AV Designs messaged me about a small informal gathering to welcome PMC International Sales Director, Mr. Miles Robert and hear the latest update, I quickly said yes. Hence, on Tuesday 1st December, I went for a short session to hear what PMC is working on in the near future.

Arrived at AV Designs at about 530 pm and there was the usual crowd; Mr. Dick Tan, James Tan, Tony Low, Jo Ki, Willy Low, Tan TE and Uncle Peter. Within 10 minutes, we are all gathered around Miles to have a informal chat.

A little bit about Miles: Quite an easy going and friendly Director he is! He has been with PMC since 2002 and also that was when he last visited Malaysia. He has all the experience in studio production, broadcast sound in radio and television, post production and film mixing.

Believe it or not, PMC was involved in this very unique collaboration with Wu Tang Clan in a historical music initiative to bring back some appreciation for an artist's work. They were basically asked to produce a one-off pair of speakers as part of the world's only musical work of art which has been created by Wu Tang Clan. This piece of art (both the music and PMC speakers) was sold in an auction in NY to a mystery private collector for an undisclosed sum in the millions. How is that for unique? Imagine you have the only piece of music or CD and speakers in the whole wide world. Even Barack Obama cant take that away from you :) 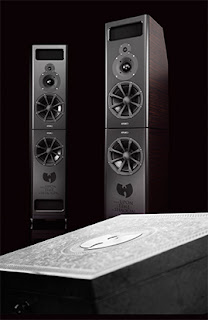 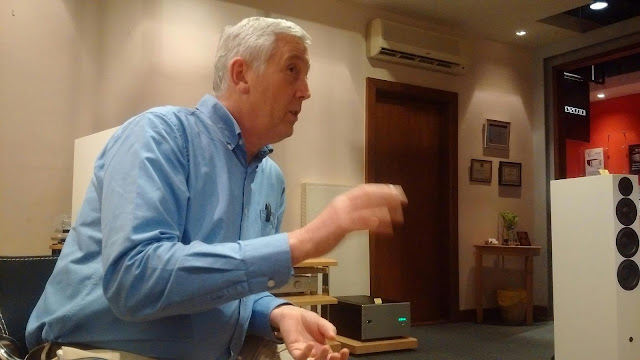 Second Big News (at least for me)

I have never knew that PMC was utilized a lot by composers and major studios especially in UK and US. When I say a lot, I mean A LOT. Even the latest Bond movie Spectre, the score was composed using PMC speakers. Studios like Metropolis, Backyard, Capitol are using PMC speakers such as the QB1-As for their mastering. Thomas Newman, a renown American film score composer, composed his masterpiece on PMC IB1s monitor system for the hit US show Six Feet Under. 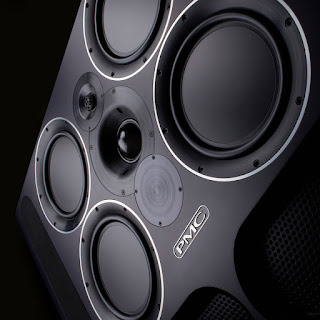 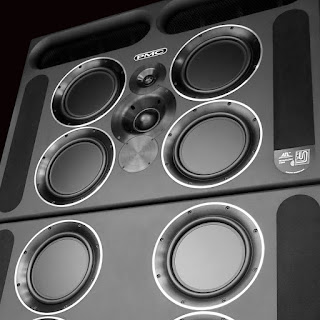 2016 will bring a big surprise to PMC fans. Its PMC 25th Anniversary, hence they are coming up with something special. Something that no one would think PMC will produce. I can tell you.... but I will then be tracked down by HMS Secret Service :)

Miles was then presented with 2 awards (its AV Designs award from the 2015 KLIAV show) but it was based on PMC set up. 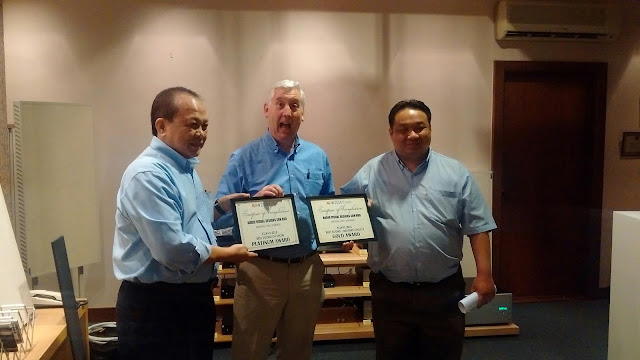 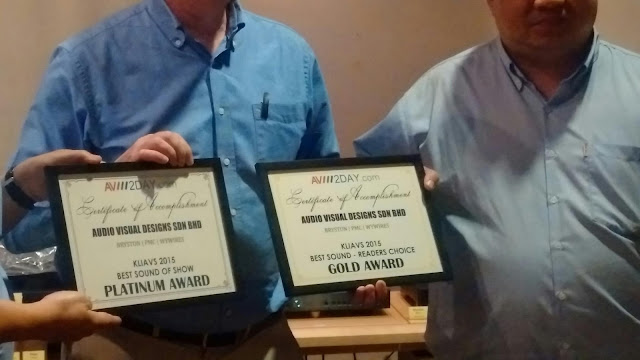 .... and after that.... It was just chit chat about the economy of the world hehehe.... and how it is impacting our beloved hifi passion....

No visit to AV Designs is complete without a dose of music ....

Thanks Tony and James for the invite and also to Miles for the update sharing. With this kind of updates and industry initiatives, I am proud to be one of the owners of PMC products.