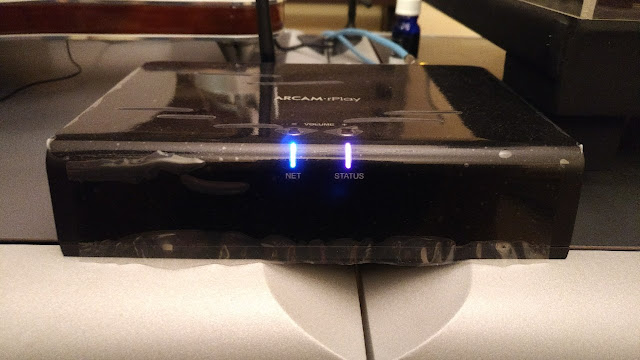 ........and here is my review published on audiofi.net 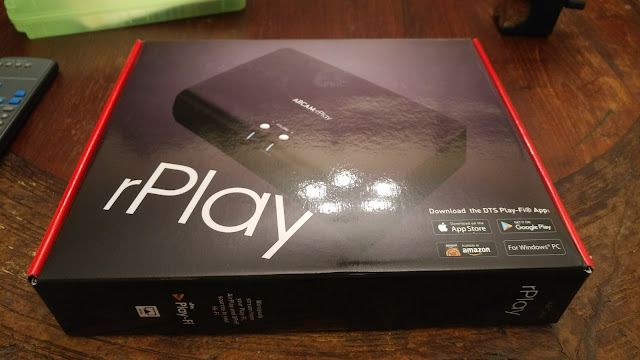 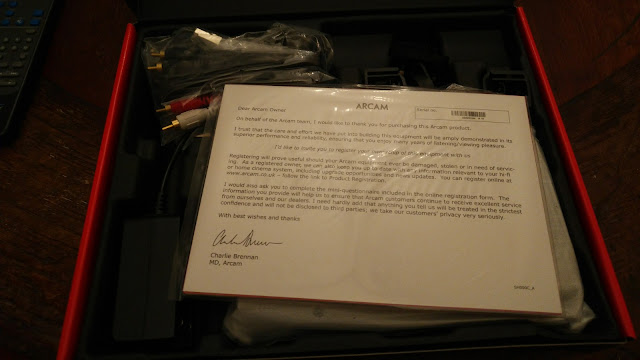 If one to talk about streaming music about 10 years ago, it would either end up to be a laughing matter or a heated debate. Today, every other digital hifi component is equipped with technology to cater for streaming needs. From standalone DACs to portables to media players, most of the products are now able to meet the requirement. The demand is also extended towards AV products. Of course, each type of hifi kit, may it be an amp, a CD player or turn table, comes in various ranges. Same goes to streamers.

The rPlay is the latest offering from ARCAM under their rSeries family. I purchased one of their earlier rSeries product in 2010 which was a standalone DAC called rDAC and it was a sitting in my system for a few years before I got into Hi Resolution audio. The rPlay comes in the traditional mini sized (194 x 44 x 124 mm) enclosure with minimal buttons and LED indicator on the front and top panel. Weighing just slightly over 1 kilogram, this unit must be one of the smallest streamer I have ever seen.

Don’t be fooled by its size though. This unit is capable of not only streaming various digital files (WAV, MP3, AAC, FLAC etc) from your PC or NAS on your home network up to 24 bit / 192 kHz, but also incorporates major online streaming services like Spotify, TIDAL. Deezer, Amazon Music, Napster and also Internet Radio. Besides that, it also offer the Apple based fan the Airplay function to stream directly from your Apple products like iPad, iPod and iPhone. 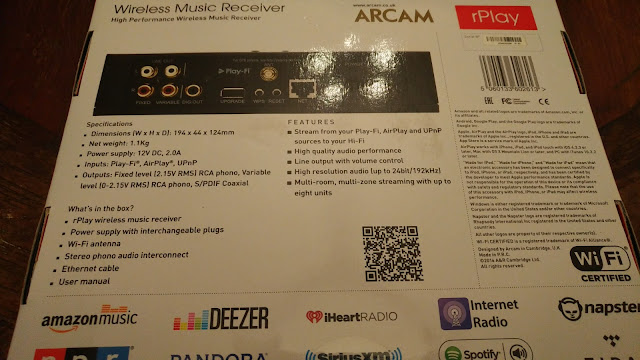 On the circuitry side, it comes with a built in Texas Instrument PCM5102 DAC, hence it is actually a plug and play device. You can connect it directly to your amp, and once set up, you can stream music directly without the need of a separate DAC. However, ARCAM is generous enough to offer an SPDIF output if you fancy to further explore higher grades DACs. The unit also offers both variable and fixed outputs so you have a choice to use its internal digital volume control with a power amp or connect it to your integrated amp.

SETTING UP
Although it’s a plug and play unit, user will still need to set up the communication with the home network. Once you have plugged in the power supply and RCA interconnect, download the DTS Play-Fi app from either Google Play Store or Apple App store. It is recommended that the network cable to be used at this stage as you may have to download a firmware update which can take about 10 minutes. I experienced some issues in setting up when the unit is on a wireless mode. The app will then bring you through step by step on how to link the rPlay to your network. Once you have done this, you will be able to see any PC or NAS made available on the app. For myself, my network consists of a Western Digital NAS and Sony HAP Z1ES internal HDD. 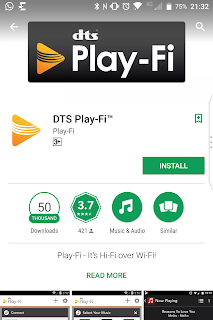 The network interface for the rPlay seems to be more stable when it is on wired mode. I experienced signal drop outs on certain occasion especially when playing higher resolution files. This is even when my wireless router is just 2 feet away and it is in a clear line of sight.

On Here We Go Again (WAV 24/192), the rPlay ability to present soulful vocals of Norah Jones and Ray Charles was the highlight of the review. Jones’s vocal sounded seductive while Charles’s sounded very deep with the typical slightly husky moments. It was one of the sessions that allow you to close your eyes and imagine that this duet is performing live in your living room. With the right level of clarity, the sound of the soft wire brush and rim shot on the snare created quite a soothing atmosphere and when the keyboard kicked in, the energy level of the track was raised nicely by the rPlay. Comparing to another streamer I owned about 5 years ago, this track can sound quite flat with no emotions can be felt from the duo. The rPlay seems to manage to deliver quite a remarkable details from good recording like this one. 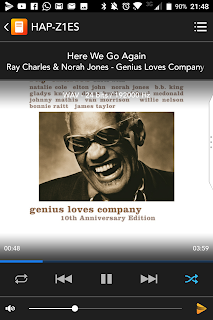 The piano introduction on Strange Meadow Lark (WAV 24/96) by Dave Brubeck Quartet was very warm and the rPlay just built the tempo of the track nicely. By the time the saxophone and percussion comes in, the rPlay gave an even a more convincing performance whereby the mids and highs of this track are quite transparent and provide a substantive soundstage. 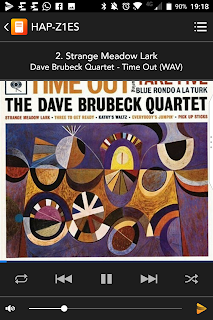 With the track For No Apparent Reason by Anouar Brahem (WAV 24/192), there was no doubt that the rPlay can belt out the deep diving bass that this track could offer. The clarity of the guitar plucking can easily mesmerize listener with no sign of fatigue that one might experience on prolong playback of digital files. The background vocals (or humming) further confirmed the level of soundstaging the rPlay can provide. It sounds huge compared to the size of the unit.

How about heavier music like Enter Sandman by Metallica on FLAC 24/192? The rPlay belted out this track with quite a bang. Again, details and clarity seems to be its forte. It brings out the various frequencies of highs, mids and lows with good level of transparency. Quite neutral I would say.  The rPlay however does not bring out the same impact when MP3 files are played. It sounds flatter and compressed. Playing the MP3 version of this track did not give out the same energized adrenalin-pumped experience.

On Spotify, in general, the sound is pretty decent but it will not be sufficient to fulfill the audio quality standard that one would expect from a high resolution audio. The DTS Play Fi app will also link the Spotify app on your phone or table to its own interface. 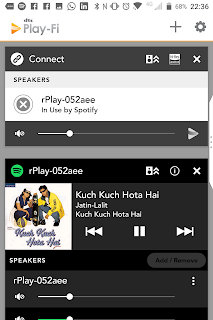 THE LAST WORD
Music streaming has become a norm now regardless of how other formats are maintaining their share of the industry. The rPlay offers quite a bargain with most of the available online streaming service available on this unit. It also allow playback of higher resolution digital files to show its full potential. With good quality digital files, the rPlay will be able to deliver quite an honest presentation of music into your system. One drawback however is the inability to play DSD files. If there is a way to allow future upgrades to DSD, this unit would be even more attractive.

The app seems to be a bit cluttered and unorganized. It did however worked flawlessly including extracting the metadata and artwork of the files and display it on the interface. 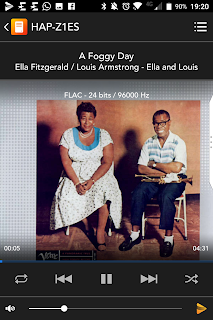 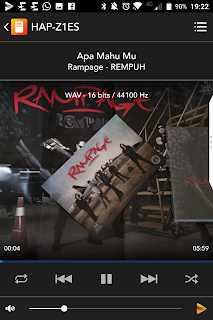 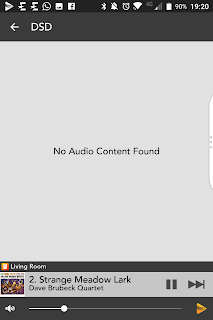 If you wish to have a simple and basic introduction to streaming digital files, the ARCAM rPlay might be the answer for you. It’s a frill free device that delivers good quality audio reproduction from your digital files library especially if you have high quality recordings. 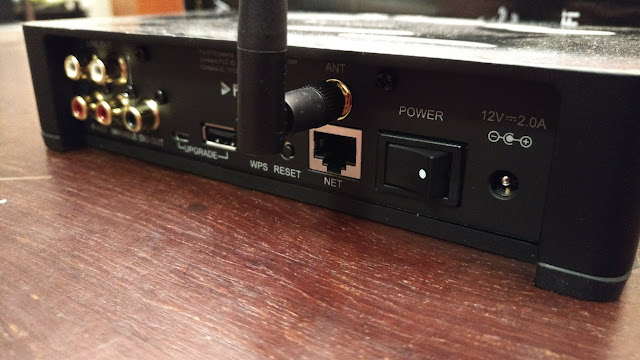 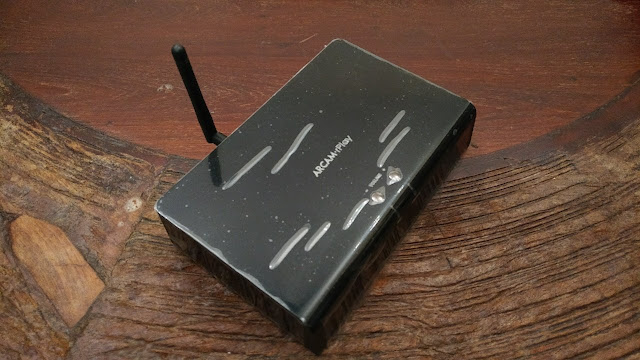 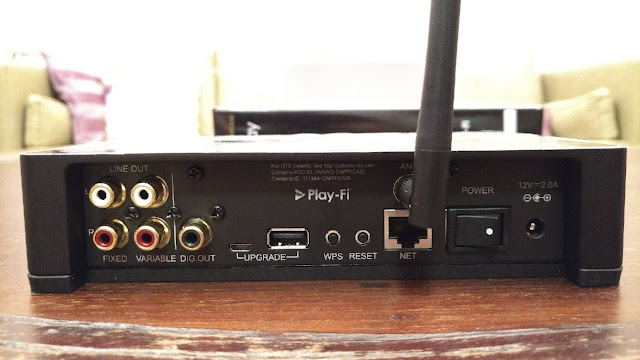 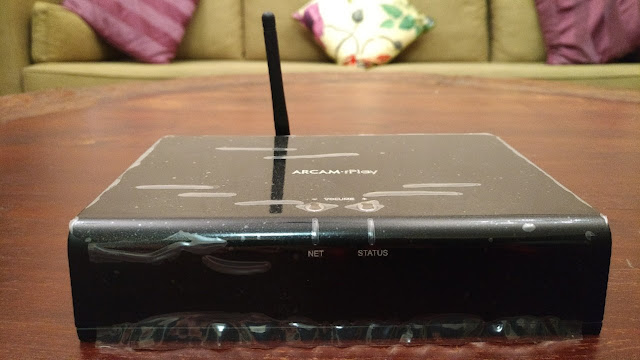 4K Projector Made Affordable by BenQ 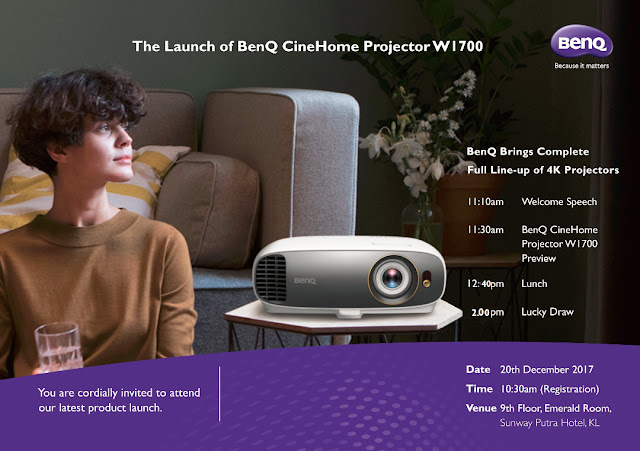 BenQ recently launched a more affordable 4K projector in Malaysia. At RM 7,999, this might be the best time to ditch the conventional TV and go for a bigger screen size for your HT enjoyment.

With 4K players have dropped to sub RM 1000 on the older model like the Samsung, HT enthusiasts can now push their HT limit to have the full 4K chain with this affordable projector. It also comes with the HDR 10 capability which is essential to have the best performance from a 4K source. This will definitely offer greater brightness and contrast range to the viewers. 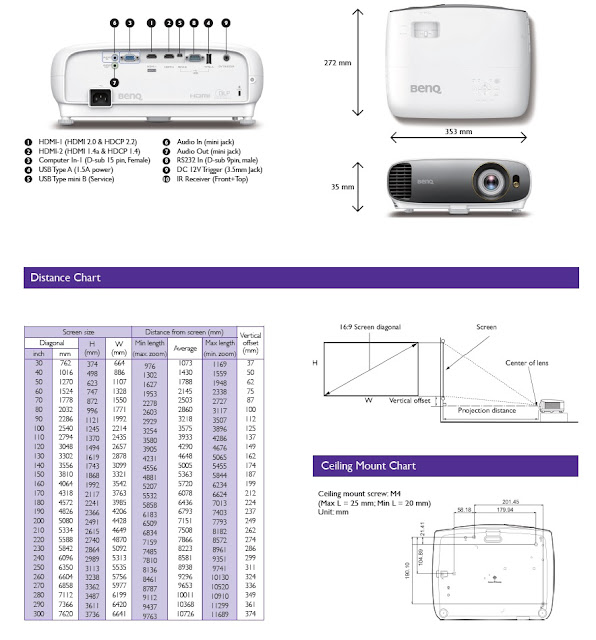