So...it was so exciting to get my hands on the 6 HFPA discs on Wednesday... 18 Dec 2013...thanks to a nice gentleman nicknamed Mov_freak from Lowyat.net forum. Not only he was very helpful to get me those discs all the way from Melaka, but also had the trust for COD at KLCC. Who says internet is full of weirdos? I actually now made another friend over the net. Thanks to this great hobby.
A BIG THANK YOU TO MOV_FREAK....
Now the juicy part....
OPTIONS OPTION OPTIONS 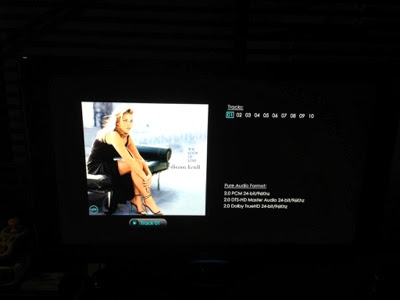 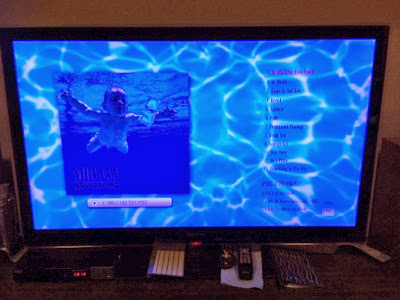 All the 6 discs came with 3 coding options of 2.0 channel music (yes was a lil dissapointed of not having a 5.1 option):
1. PCM 24 bit/96 kHz
2. DTS-HD Master Audio 24 bit/96 kHz
3. Dolby TrueHD 24 bit/96 kHz
Now, with all these options, I was little bit confused on which set up to play these discs with.
1st SET UP: 2.0 CHANNEL ON MY MAIN HIFI
I first loaded in Diana Krall's The Look of Love using the following set up:
- SONY BDP S765 Bluray player connected to Musical Fidelity M6 DAC via a QED coaxial cable
- M6 DAC connected to M6i amp which drives a pair of ProAc Response D18 via Siltech Balanced XLR cable
The disc autoplays once loaded (loading time is faster than movie BD) using the PCM. The most evident signature of this format, in the first impression is the low end reproduction. Clean and tight bass not only from instrument but also from vocals. The overall sound is also more opened to the usual experience I have from CDs.
With the fear of the other 2 codings will produce loud noise through my DAC, I zeroed the volume and then changed ther audio coding to DTS HD MA and slowly increasing the volume..... and voila!.... it worked.. The M6 DAC can still extract the DTS HD MA (and Dolby TrueHD) signal. I believe however, this is because it is still in 2.0 channel. Nevertheless, I have played 5.1 and 7.1 bluray movies, and my DAC still able to reproduce the sound into 2.0 channel. It however shows only 48 kHz input.
Hhhmmmmmm..... Not sure how all these work as I remembered during the DVD days (it sounds like so long ago hehehhe), if I try to play 5.1 signal into a DAC, there was only loud noise coming out. And given that this disc suppose to produce 96 kHz signal... but the DAC shows 48 kHz...Any kind soul out there can explain this? Feel free to leave a comment.
Later (after listening to the music)...I played around with my BluRay player setting....then realised that because I have set it up to Downmix 2.0 channel, hence thats why all the different codings work with my DAC. When I actually changed the settings to Direct....then there were loud noise each time I tried to play DTS HD MA and DOlby TrueHD via the DAC.
But...evethough I set the Coaxial Digital Output to 24/96....my DAC still only detects the signal from the disc to be 48 kHz..... hhhhhmmm... Disc issue? DAC not up to spec? Answers please.... 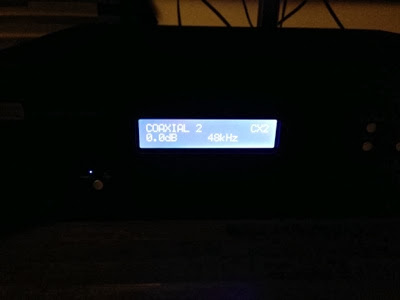 OK. Enough with technical write up (or the lack of it as I dont have answer to my own questions)... back to music...
Diana's album was quite a good first impression of HFPA for me. There was definitely a different presentation than standard CD.
Next in was Nirvana's Nevermind... wanted to see what HFPA can do on this raw grunge album...
Opposite of Diana's experience, I didnt get to experience the elevated ambience of HFPA. Dissapointed? NOOOOTTT... and why you ask? This is a grunge album..... I prefer that it does not sound over-engineered and digitalized.... And thats what I get from this High Fidelity PURE Audio... I guess this format is trying to give listeners the chance to listen to the music as pure as possible.
The growling vocals of Kurt on Smells Like Teen Spirit was classic and it reminded me of the era where grunge rules. The rawness of his guitar is also very evident. The bass from from Novoselic and Grohl's bass drum was not overhighlighted as opposed to Diana's album. Even on the intro of Come As You Are, everything was mellow and in the right balanced proportion.
FORMAT VERDICT
So, on its own..... HFPA is delight to listen to. I dont even have to listen to the other 4 albums to support this.
Comparing between the 3 codings, I find that I prefer the Dolby TrueHD option. It sounded the best as its more balanced across different frequencies.... vocals were more upfront.... and the overall experience is more elevated. Having said that, I need to later compare it with a 5.1 channel set up.
But......is it better and the ultimate format compared to CD, LP and hi res FLAC? Read on....
For comparison of formats, I use Getz/Gilberto as its one of the albums that I have in LP, CD and FLAC.
HFPA vs CD 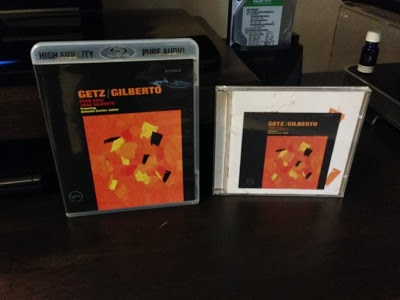 First thing I notice, the different volume level. Eventhough the CD was played through a balanced XLR chain from M1 CDT to M6 DAC to the M6i amp, the HFPA sounded louder at the same 9 o clock on the volume knob.
I am in trouble as the CD now sounded a bit dull. The HFPA sounded livelier with overall presentation was more involving....more realistic and natural. The bass line on HFPA was cleaner and more defined. Vocals were more bold. Is all this due to higher resolution? Most probably.
1-0 to HFPA.
HFPA vs FLAC
For this, I use FLAC files with the same resolution 24/96 downloaded from HDTracks a couple of years back. 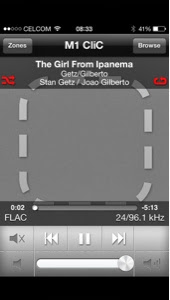 Close call between them. Hard to differentiate between them. At one point, I forgot which format was playing. Perfect bit to bit transfer? Perhaps. Excellent remastering? Most probably.
The only different I notice is again the volume level. The HFPA sounded louder than the FLAC....although it might be because the FLAC was played via the M1 CLiC which is connected via RCA to the M6i amp compared to the XLR connection for the HFPA from M6 DAC. Hence a draw.
2-1 to HFPA
HFPA vs LP
The final battle....A bit tricky here as I would not say my LP is optimumly set up.... I have not changed nor re-tune/align/callibrate my TT since I purchased it in 2011. 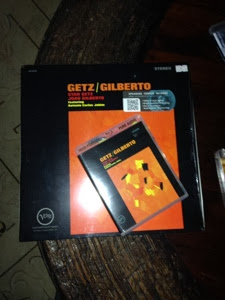 Playing the LP made me realised what was still missing in HFPA. The warmth and sweet character of analogue production. Although HFPA can provide that natural sound, the level have yet to reach what LP gives out. Now now....Its not all that bad... Bare in mind that HFPA (or hi res for that matter) is still in its early days and I do believe it has the potential to go higher.
So for multiple format war final result?
2-2....its a draw hehehehe. :)
This is how I rank them based on musical enjoyment:
1. LP
2. HFPA
3. Hi res FLAC
4. CD
However, for overall taking into account conveniency:
1. Hi Res FLAC
2. HFPA
3. CD
4. LP
There you go.....in the end .... consumer have CHOICES..... so choose wisely....and enjoy the music....
Stay tune for Part Deux.... HFPA on 5.1 channel review...
By El Hefe at December 21, 2013